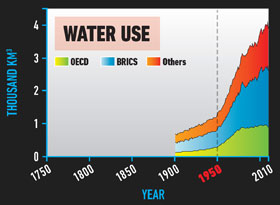 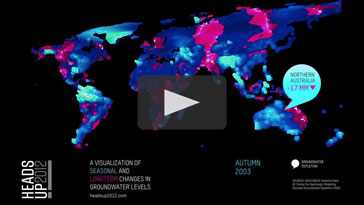 Irrigation for food production and other agriculture is one of the greatest pressures on freshwater resources. Agriculture accounts for about 70% of global freshwater withdrawals and demand for meat drives up demand for water. In some places rivers do not supply enough water to meet demand. Societies come to rely on groundwater or “fossil water”. When fossil waters run dry they can take thousands of years to replenish.