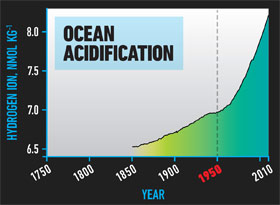 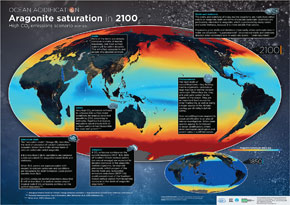 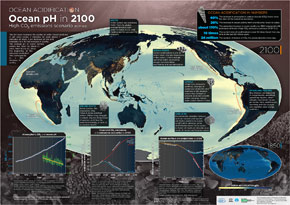 The oceans are big – 70% of the Earth surface. Scientists often thought they were just too big for humans to really affect them very much. But then they discovered that carbon dioxide emissions were changing the chemistry of the oceans, making them more acidic. The rate of change may be faster than at any other time in the last 300 million years. Corals and shellfish are already affected.