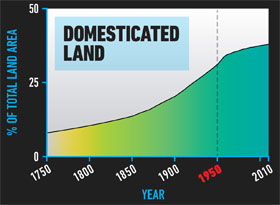 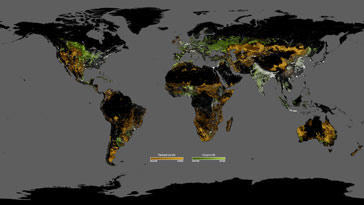 Humanity uses an area the size of South America to grow crops and an area the size of Africa for livestock. There are now very few truly wild areas left. Even unmanaged woodlands or verges are within a mosaic of managed land. Better agricultural technologies and less easily available fertile land means this curve is beginning to bend in a more positive direction.