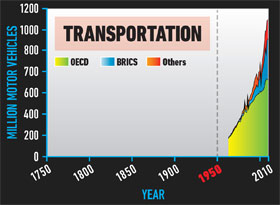 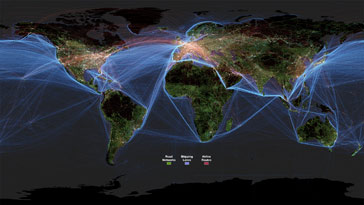 The phenomenal growth in the number of motor vehicles on the roads shows no signs of slowing. This is one part of the global transportation system. People and products now sweep around the planet via a hyper complex network of interconnected roads, railways, shipping lanes and aircraft routes. Foreign travel enriches lives and boosts economies, but to continue, a low-carbon revolution is essential to live within planetary boundaries.